On May 18, 2018, Craft Beer China Conference & Exhibition 2018 (CBCE 2018), an important annual event for the craft beer industry, closed its doors. Co-organized by NürnbergMesse China Co., Ltd., The Beer Link and the China Light Industry Machinery Association and with the full support from local and international government agencies, leading companies from all related industry chains, and influential trade associations and media, it broke new records this year. The exhibition scale has been doubled compared to the previous year, now reaching 10,000 square meters. Besides that it attracted more than 180 exhibitors from 12 countries and regions within the three days of exhibition, which means more than 80 percent on top when compared with the previous year.

Aside from the expansion of the exhibition scale and the increase in the number of exhibitors, there was also a rise in the number of trade visitors. Compared with the figure of the previous year, the number of visitors rose by 85% on top of 2017’s figures. According to the current statistics, the number of trade visitors of CBCE 2018 amounts  9,841. Those visitors came from 50 countries and regions, representing an increase of 50% when compared with last year. As for the composition, trade visitors came from leading craft beer companies, well-established beer producers such as Tsing Tao, Yanjing, Snow Beer and Budweiser, as well as senior executives and technical experts from leading Chinese brands such as Luzhou Laojiao and Shandong Luhua, whose efforts to seek crossover possibilities had greatly inspired the whole craft beer industry. Besides, data shows that there was a rapid increase in the number and percentage of visitors from restaurants, bars, hotels, supermarkets, department stores, e-commerce platforms and other business sectors in the Yangtze River Delta and even China.This indicates intense interest from traditional and emerging sectors in the craft beer industry.

Compared with the previous exhibition, three major product categories have been showcased at CBCE 2018 - namely, raw materials, production technology and equipment, and beer breweries – and have achieved significant growth both in scale and quality. There was also a striking rise in the number of exhibitors of technical services and branding solutions for craft beer compared to the previous year. 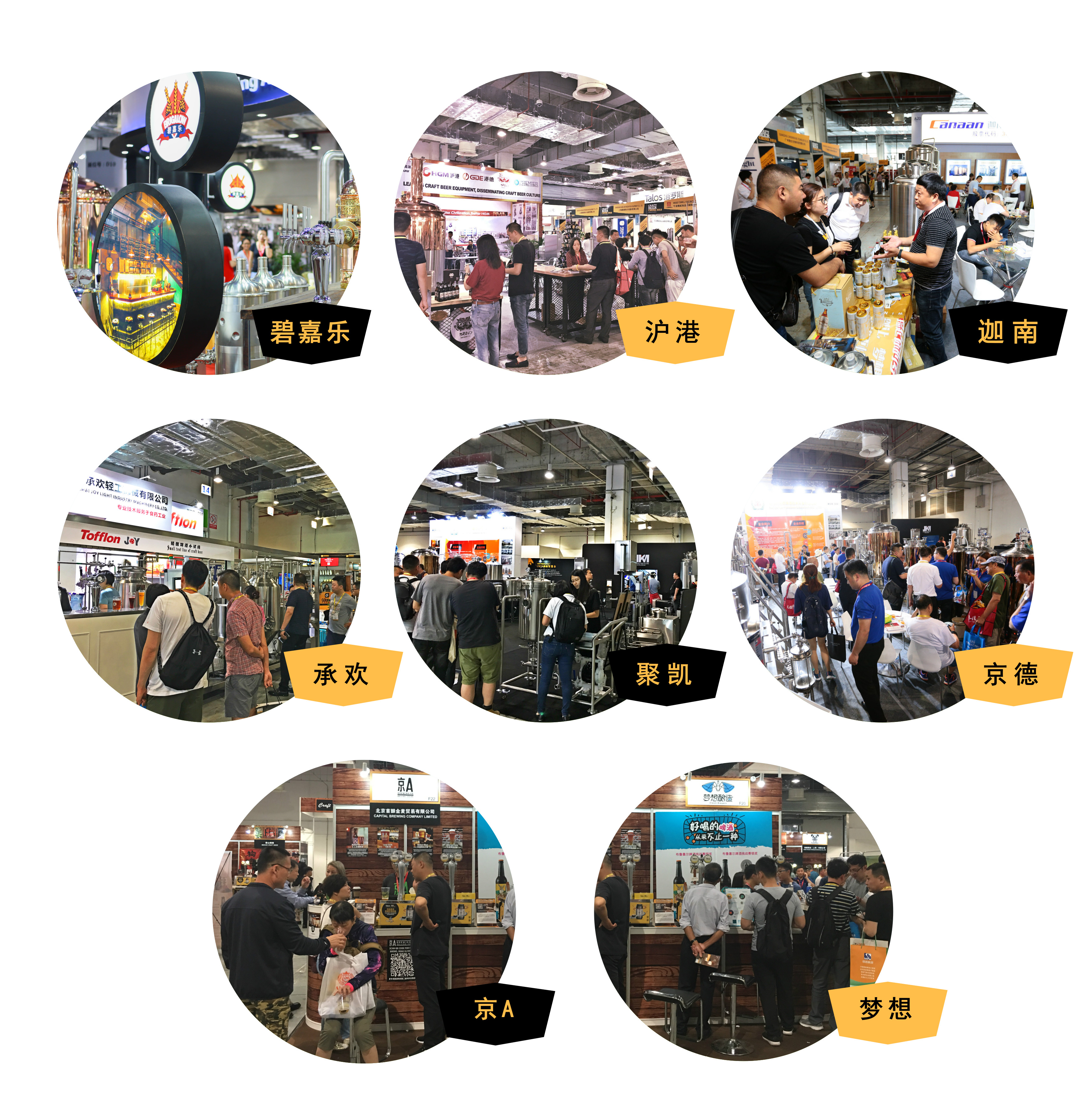 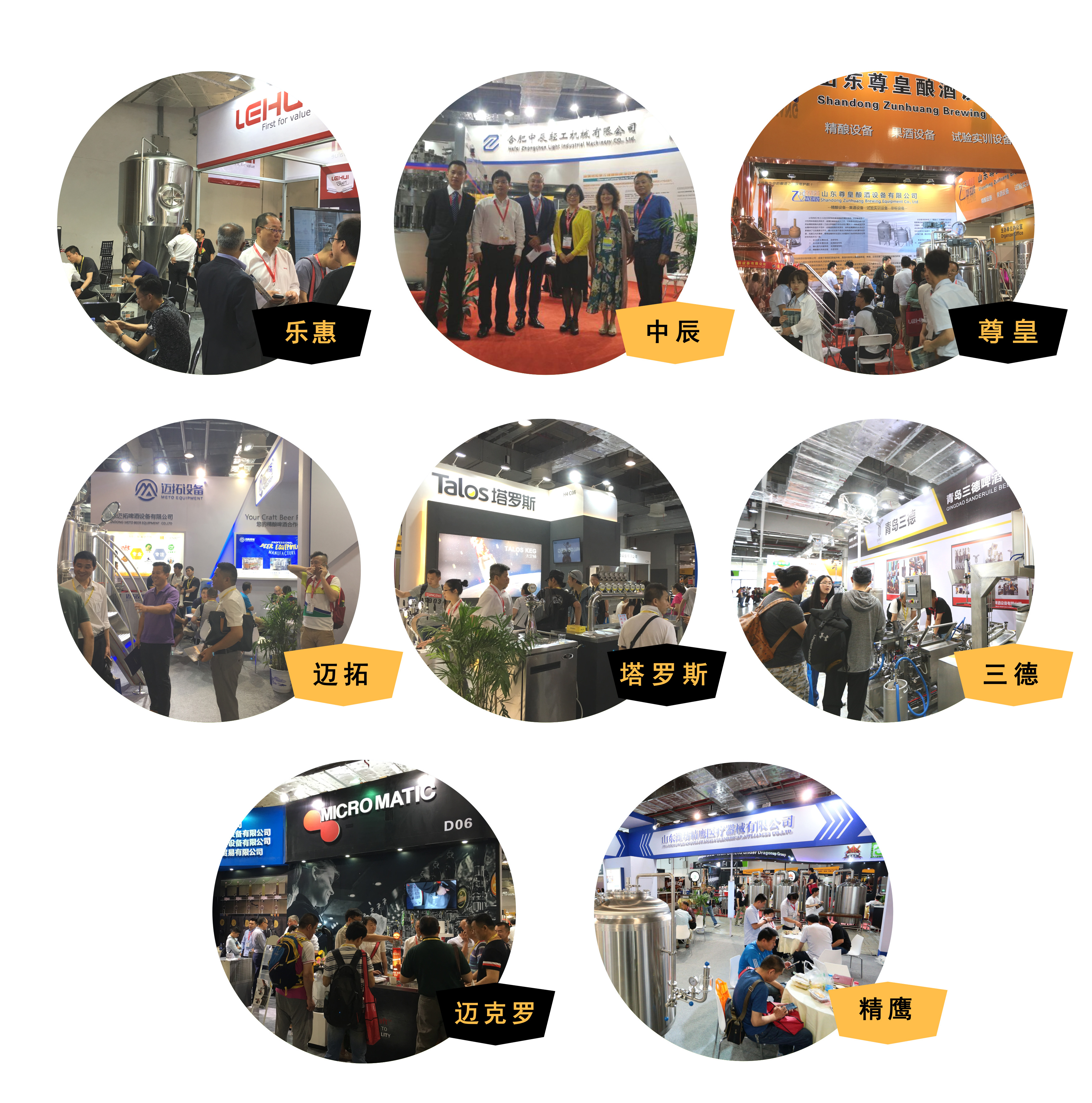 The Exhibition for the Craft Beer Industry

The splendid and high-quality activities organized during the exhibition were another reason for CBCE to capture attention. In addition to remarkable improvement in the number and quality of exhibitors and visitors, accompanying programs, including seminars, forums and dinners, were widely acclaimed.

The organizers joined hands with partners from different fields, including local and international government agencies, trade associations, research institutes and professional media, to hold seminars with interesting topics featuring both forward-looking and pragmatic elements. They provided comprehensive information on the latest trends of the craft beer industry and met the profound needs of exhibitors and visitors to improve expertise, learn from opinion leaders, and build relationships with like-minded people.

More than 40 opinion leading speakers from around the world were invited to analyze and discuss in depth a wide range of topics, share sticking points and challenges encountered during production and business operation, and interact with more than 800 attendees to provide insights and perspectives on how to address problems. 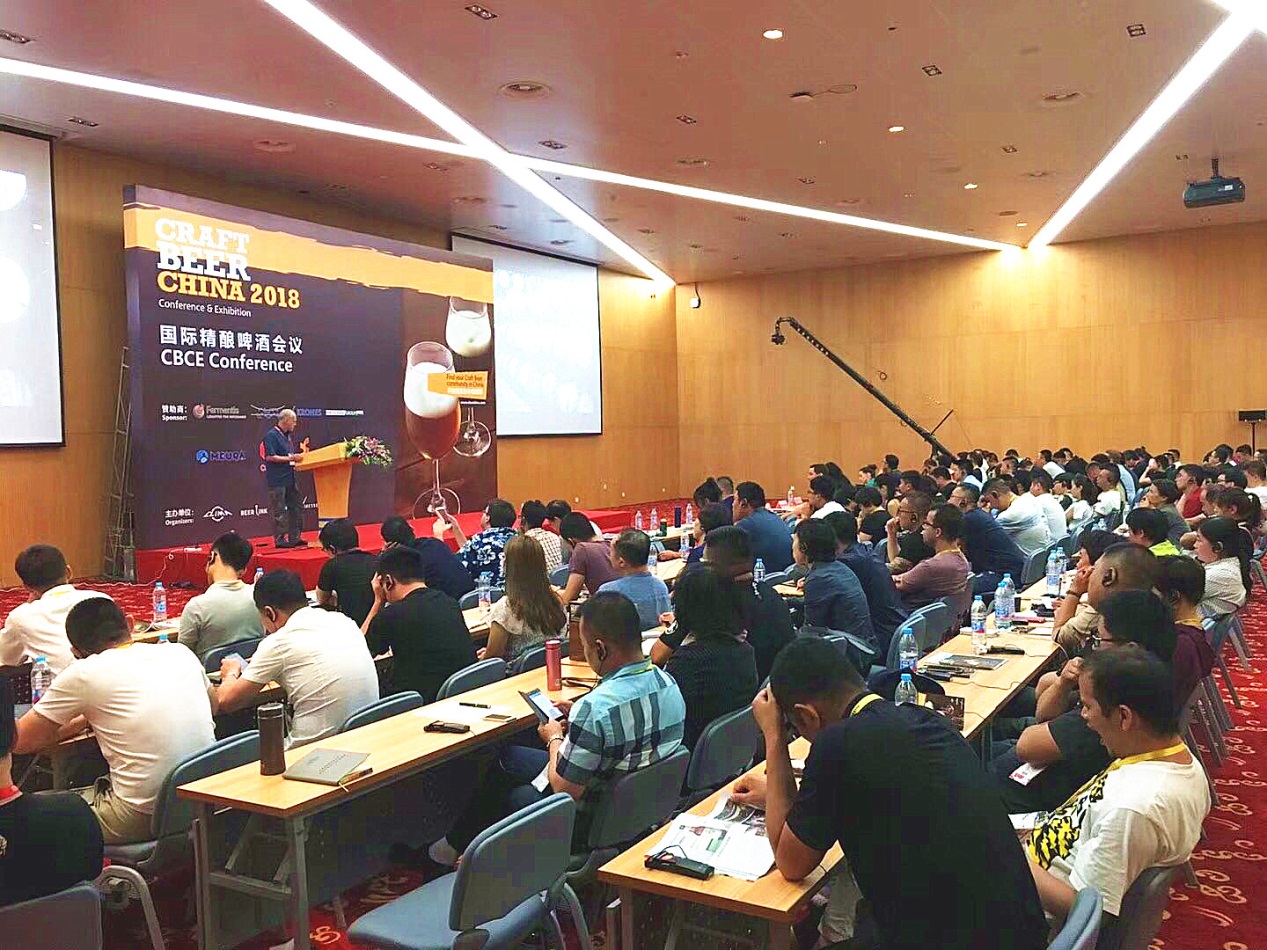 Besides, there was a remarkable increase in brand communication and promotion events by exhibitors. Well-known brands such as KHS, Petainer, and Leybold released new products for 2018 at CBCE. International exhibitors, such as Lamothe-Abiet, White Labs and Brander Urstoff published business ideas and thoughts. Popular brands, including Bishan Craft Beer, Urbräu and Pocket Brewery told brand stories and promoted their brands at the forum. Moreover, the organizers invited Mr. Neil Witte, one of the 16 Master Cicerones in America and founder of Cicerone Certification Program, to provide two sessions of the Cicerone Off-Flavor Course two days during the exhibition. High attendances indicated that exhibitors achieved the goal of using the platform of CBCE to improve brand awareness and reputation in an optimal way, while attendees were able to broaden horizons and acquire knowledge. 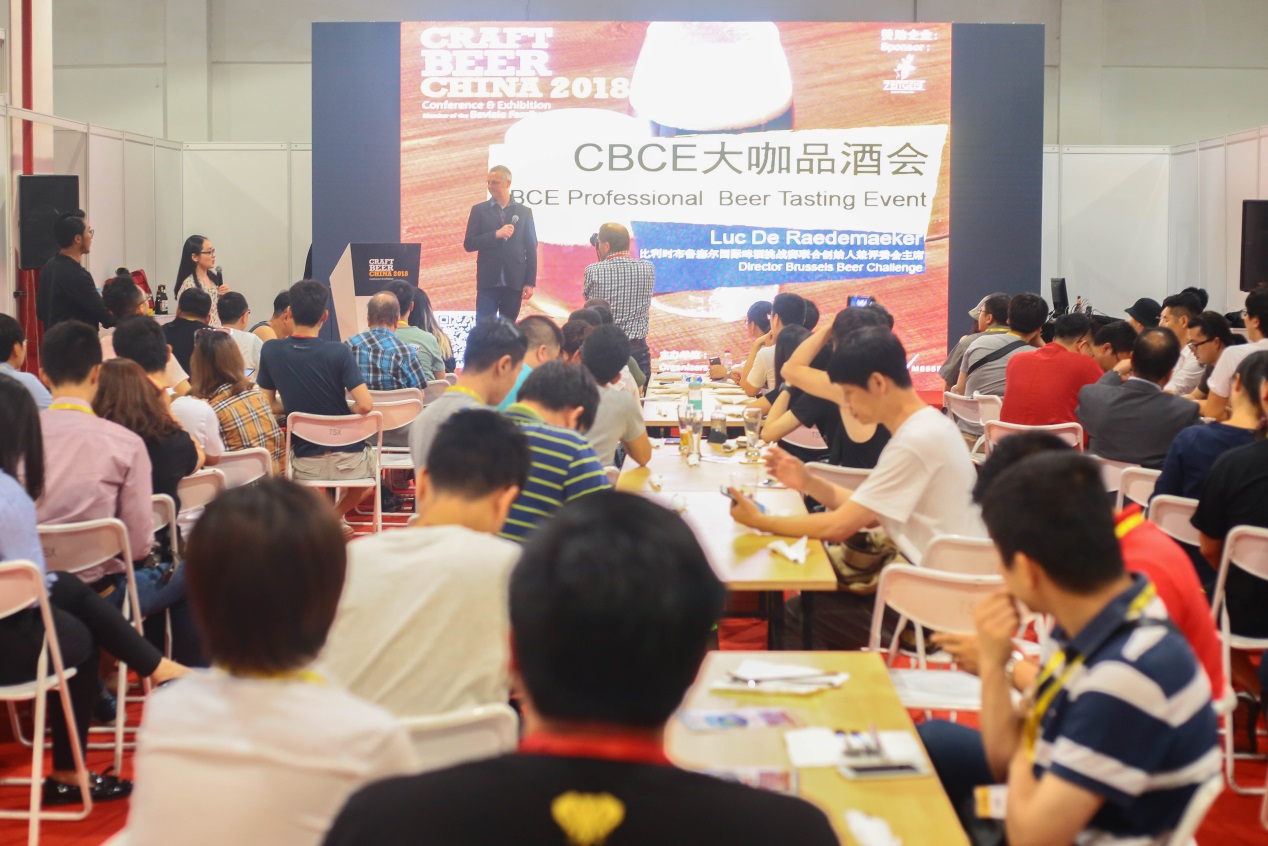 Sharing Is a Highlight at the Exhibition

In essence, the exhibition and its accompanying events mentioned above were organized for the same purposes: In addition to promoting brands and supporting the development of the craft beer industry, the organizers also wanted to establish a networking platform for information sharing and expertise exchange.

Apart from those traditional activities, CBCE spared no effort to launch a series of events to encourage exchanges, including the opening dinner and awarding ceremony of the CBCE Craft Beer Star Award, matchmaking dinners, a beer tasting hosted by Luc De Raedemaeker, co-founder of Brussels Beer Challenge, a PUB CRAWL co-organized by CBCE and nearly 10 leading craft beer bars and restaurants in Shanghai, and online interactions via WeChat and Douyin. Thus, it became an information exchange and sharing platform with wide reach and lasting influence for exhibitors and trade visitors.

A New Start, A New Journey

While it’s a wide belief that endings are a permanent theme in our lives, all those involved still felt that the conclusion of the three-day event came too soon. Fortunately, the successful completion of the event is a great credit for all the efforts made over the past year and marks a new start. Now, CBCE 2019 is ready to join hands with its partners for a new journey.

In the past few years, CBCE has been expanding its scale while further improving its service quality. With persistent entrepreneurship, innovativeness, prudence and cautiousness, the exhibition has been growing steadily. 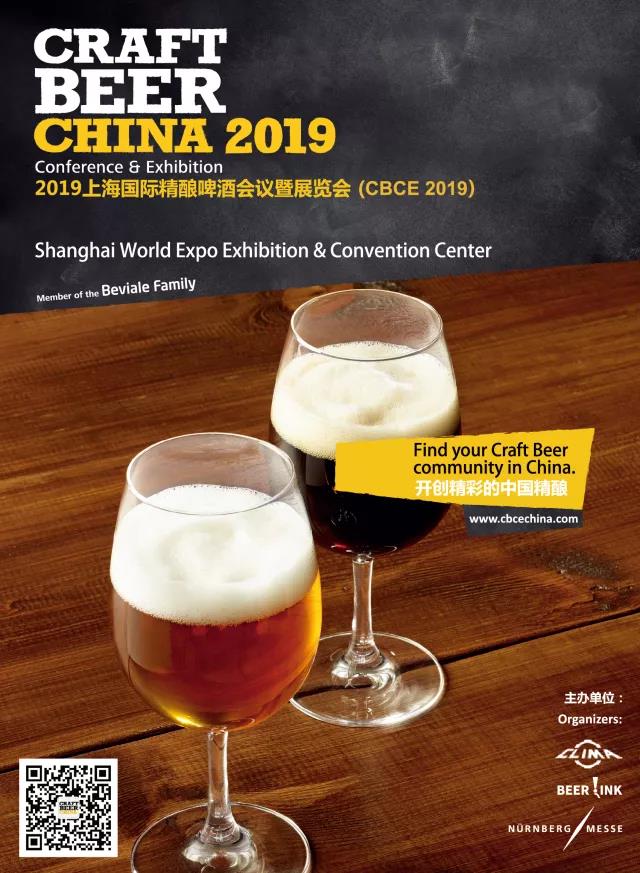 Next year, CBCE 2019 will open its doors at Hall 2 of Shanghai World Expo Exhibition & Convention Center on May 15, 2019. An one-stop service platform for local and international craft beer exhibitors and trade visitors that facilitates information sharing, product promotion, matchmaking, education, marketing and trade in the craft beer industry. CBCE 2019 is expected to be a must-visit event for the craft beer industry. 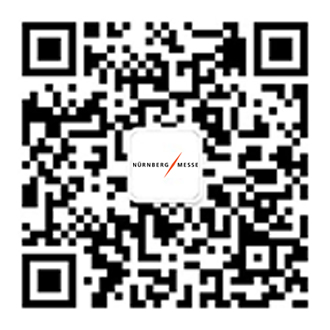